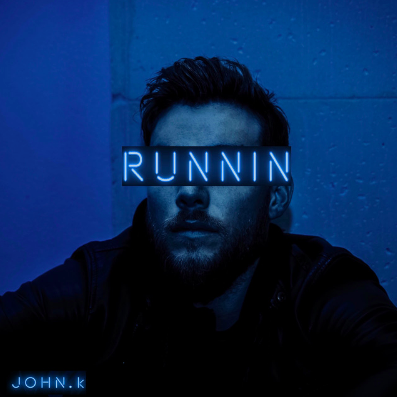 JOHN.k has an immensely soulful and intoxicating voice joined with R&B inspired music that leaves you enamored. His vocals always seem effortless, with the ability to hit these outrageous notes perfectly every time. Jaws drop when he performs live - trust me, I’ve seen it. Honestly mind-blowing. As fans were getting introduced to JOHN.k’s music on his recent tour with Alex & Sierra, the buzz and anticipation for the official release of music has become increasingly intense.

‘Runnin’ embodies the concept of not being the only individual on someone’s mind. Hit with insecurity as you’re constantly trying to move toward a person that keeps getting further away. Fueled by deception and one-sided desire, the notable bass drops assist in making this track even more exhilarating. It’s a combination of reluctant craving, and acceptance of reality; holding on to that slight hope that all the effort will be worth it, but also recognizing that there’s nothing else you can do. I believe you truly see who JOHN.k is as a freshly emerging artist through ‘Runnin’. Not only does it showcase his unique and exceptional musical prowess, but this debut single has left me eager for the releases yet to come. I know you’ll agree.

If you don’t want to miss out on more from JOHN.k, follow him!