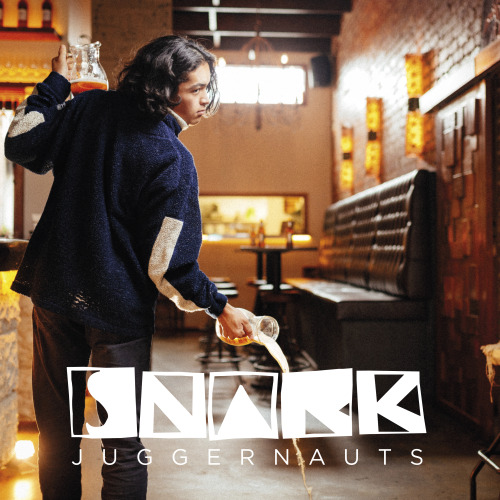 Stefan Sepulveda (Guitar/Vocals), Matias Cantavenera (Drums), and Pat Lester (Bass/Vocals) say, “we feel our music shows a bit [of a] different side to pop-punk and captures some of the rawness that epitomized the genre back in its heyday, while having a distinctly modern sound to it”. I agree that Snark has contributed something great to the pop-punk “genre” with the release of Juggernauts. Many of us have noticed the devastating lack of stand-out bands within the pop-punk community. Thankfully there has been a recent increase, and Snark is one of those bands that brought back music that embodies everything we all know and love about the best years of pop-punk; but they made sure to put their own spin on it. Juggernauts is definitely a game changer. 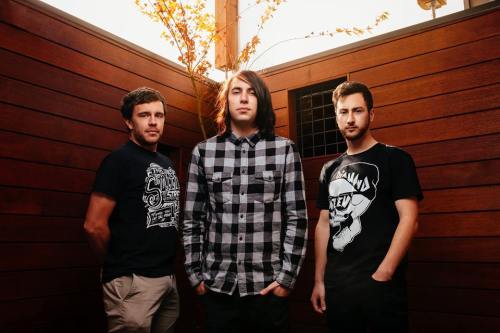 ‘City Lights’ has an intro that immediately sparked curiosity. It’s about breaking free from routine and a job you hate. There’s something nice about the way it starts more melancholy, then picks up… like a symbol of the slow, same day by day, and then deciding you don’t want that anymore and life has a chance of getting exciting again. A lot of people will be able to understand the intention behind ‘City Lights’. This track is actually quite long, and there are frequent moments where the focus is on the instrumentals, and I really like that. Even in those instances where the vocals/lyrics end, the message is still present and continues to be gripping. If you’ve ever experienced the struggle of wanting to pursue your dreams, or just do something with your life, but there’s always a pull that’s holding you back into a standard, unfulfilling life, ‘City Lights’ is for you.

‘Reap’ is possibly my favorite sound-wise on Juggernauts. It’s reminiscent of a failing/failed relationship and delaying the inevitable. When someone is used to you coming back but you’re not going to this time; you’re moving on. The vocal delivery on this track is striking and engaging. One way that Snark describes their music is, “music to bitch about your ex to”. ‘Reap’ completely fits into that category. If you’re thinking about someone or dwelling on a breakup, listening to this song is persuasive in that it creates this mindset where you honestly just don’t care about it anymore. I needed a song like this in my life. ‘Reap’ has familiarity but it’s not comparative to anything, and it’s effectively different.

‘Beaches & Shores’ made me instantly energized. I would say that this track sounds the most like classic pop-punk. The chorus says, “you took everything and now I’m starting over” and that fully exemplifies what ‘Beaches & Shores’ is portraying. One of the easiest songs on the EP to learn all the words to, and it’s also the song that is most likely to get stuck in your head. Due to the lyrics repeating quite a lot throughout ‘Beaches & Shores’, this track’s instrumentals are what really grasped my attention. The drums especially stood out to me and this song shows what talented musicians the guys in Snark are.

‘Awkward’ is a fun and interesting cover of a FIDLAR song. A compellingly good cover song choice, which is fitting for Snark and blends well with the rest of Juggernauts. It’s similar to the original, but Snark put enough of their own twist and sound on it; their version is clear and refreshing. There’s about a 3-year gap between the release of FIDLAR’s ‘Awkward’ and Snark’s cover of it. Regardless of any differences or similarities between the two, they captured the essence of the song brilliantly and it’s nice when a cover song does the original justice.

Snark and their Juggernauts EP had me intrigued from the beginning, and I’m already stoked to see what they do next. They are currently in the final stages of planning an East Coast tour which you can look forward to in late August/early September 2016. Make sure you check out the links below so you don’t miss out on any of the fun times ahead for Snark.