The Stolen - I’m So Dead EP

The Stolen is an alternative pop-rock band from New Jersey who just released their new EP I’m So Dead. 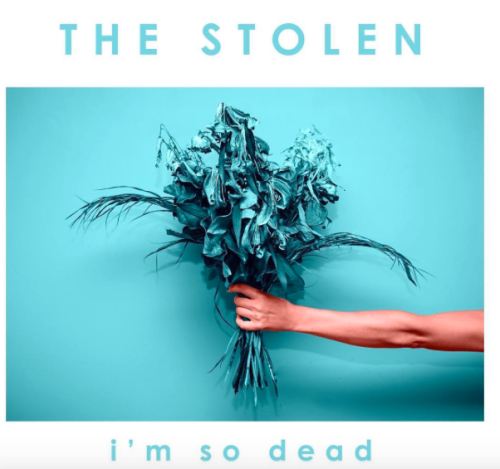 The band is made up of Dom Cuce (Vocals), Rob Chiarappa (Guitar/Vocals), Kevin Smart (Bass), and Mike Chiarappa (Drums). I’m So Dead is The Stolen’s second EP following Adults (2013). With this new release, it shows how much of a hardworking band The Stolen is, and also their desire to create music that grows with them. Starting a band together when they were young doing cover songs, and then becoming inspired and motivated to start writing their own music has clearly shaped them into the band that they are today.

What they have accomplished with I’m So Dead is they’ve mastered just the right combination of showing off their writing skills, stunning vocals, and the execution of catchy music that has not only created well-blended songs, but it also resulted in a uniform EP that flows nicely and just sounds really sick. 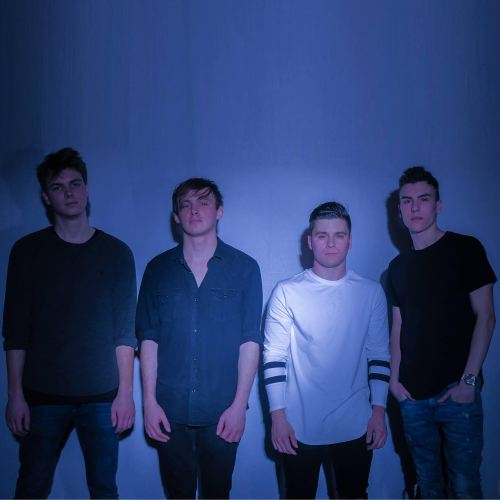 I have listened to I’m So Dead a potentially unhealthy amount of times since it released on April 8th. With every listen, I noticed something new about each song as I got to know and understand them. My thoughts below are a reflection of my first reaction feelings and also the ones I’ve had while listening over the last week or so and what I’ve taken away from The Stolen’s new EP I’m So Dead thus far.

‘Narrow Lense’ has a great rock sound that is undeniably fun to listen to. But the lyrics are almost intense, apologetic, and it’s expressing all of the thoughts experienced at the end of a relationship that wasn’t working out. Songs like this are interesting because while the overall tone is upbeat, the meaning behind it is sort of emotional. With ‘Narrow Lense’, it’s setting someone free that made it feel like you were suffocating them. You have to care enough to let them go instead of holding them back while having some sort of hope that you’ll cross paths again when the time is right. This song in particular feels very powerful and relatable. I think no matter who listens to this, they will be able to emotionally connect somehow - whether it’s familiarity with being on the side that needs to be free, or the side that needs to let go.

This next song is also the title of the EP, ‘I’m So Dead’. The Stolen is one of those bands that it’s important to sit and listen to the lyrics and what they’re saying. There is so much depth within each of these songs, especially ‘I’m So Dead’, so take a moment to appreciate that and then continue your jam session. With this song, I found myself dancing and singing along while doing my daily activities. Each song on this album is unique, but I think if ‘I’m So Dead’ had no lyrics at all and it was purely instrumental, the sound of this one would still really speak to me in a way that I can’t describe. Everyone has something about them that’s different when nobody is around and there’s always part of you that isn’t shown to the world. It’s the part of you that feels broken and lonely and the worst of it is usually the strongest after midnight.

‘Can’t Get Enough’ is an incredible single with a feel-good vibe, which The Stolen released a music video for. The video is very simplistic, which is perfect for this song because it gives the fans a chance to create their own personal visualization to accompany the lyrics. For me, it was sort of this cliche American summer kind of thing. It’s a very fun song. It’s about being so infatuated with everything about someone and..well, you just can’t get enough! Songs like this make great singles because it has a sound that grabs people’s attention and keeps it. And then once you listen to the lyrics it easily becomes an “ear worm” that you’ll be singing along to for days. I love it! No complaints here. You can watch the video below:

The name of this song says it all.. ‘Skeleton’. It’s about the burden and weight someone makes you carry, and kind of relates to that old saying about having a skeleton in your closet. Realizing that a relationship is not and hasn’t been good or healthy, but you keep finding yourself going back anyway. All of the songs on I’m So Dead are written exceptionally well and have very profound lyrics, but The Stolen definitely used their impressive writing skills to express a toxic relationship in an almost hauntingly poetic way with ‘Skeleton’.

‘White Dress’ is the last song on the EP and it wraps up the entire thing beautifully. It’s slightly on the slower side, and it makes you think about what they’re saying. Which is actually something that The Stolen wants when you listen to their music; a combination of both trying to understand their meaning for writing the song and coming up with your own. ‘White Dress’ is a good example of this because I’m not really sure what their meaning is. However, I know what I feel while listening to it, and what the song personally means to me. That’s the beauty of music - it’s different for everyone. Usually I’ll be able to pick out a song or two where I feel like it would be “amazing to hear live”. But ‘White Dress’ and the other 4 songs on this EP are in a complete tie. Close your eyes and listen to I’m So Dead and imagine that you’re standing right in front of mid-stage surrounded by other fans. I haven’t had the chance to go to one of The Stolen’s shows yet, but from what I can tell from videos and fan comments I’ve seen, the experience is a good time all around! So if you ever get the chance, I suggest that you take it.

Having the opportunity to chat with The Stolen while they were on their way to one of the final shows on their Spring tour, I discovered that they are very genuine and nice guys with a wide range of music taste and inspiration, and who are just so thankful and appreciative of their fans. You can see how true that is by the support and dedication they are given. They told me that they have fans who travel across states and drive hours to go to their shows. They also just experienced a fan getting a tattoo of their lyrics..which is so cool! Their fanbase is also diverse in age and gender. When a group of different people can come together and enjoy a common interest like The Stolen, is there really anything better than that? A band who has the ability to not only produce insanely good music, but also build a great relationship and connection with their fans in the process is the perfect representation of how amazing they truly are. And that’s why I’m completely blown away and impressed with The Stolen.

With that being said, check out The Stolen’s brand new EP I’m So Dead and follow them at all the places below to stay updated on the exciting things that they are going to do next! I hope you enjoy them as much as I do.