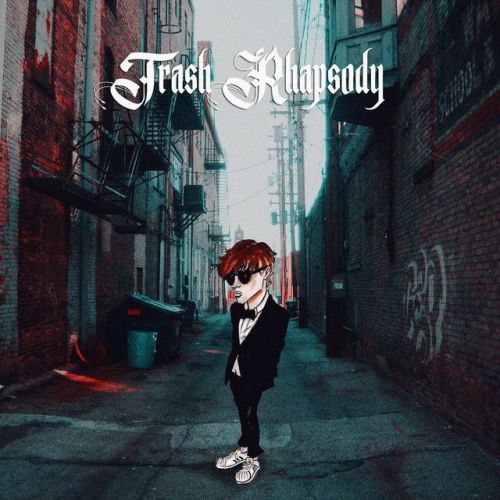 Young Luv is a relatively new artist who creates music that stands out, and has gained rapidly growing amounts of dedicated supporters. But it’s not all about the numbers; he forms genuine connections with those who believe in him. Talent aside, that is what will lead to his success. His new EP Trash Rhapsody comes as the result of being experimental, and taking a chance on an “artistic exercise”.

“Trash” greets you with sounds inspired by the “Trashing the Camp” scene from Tarzan. His vocal delivery is smooth and you can’t help but become more engaged with each word. What was accomplished with “Trash” is quite clever; it seems like a concept that hasn’t been overly done before. Young Luv tells us that it’s all about, “embracing the future generation of music and how it’s never a bad thing to enjoy music, even if it’s odd or different”. You’re given a taste of the special qualities he possesses.

Although fairly mellow, “Still in Love with You” holds the ability to make an impact – especially when you pay attention to the emotion behind the lyrics. Reflective of a frustrating heartbreak; actively searching for an answer and relief. Hear those subtle rain noises? He says that after continuously having dreams about his ex, he was on a walk with his dog when a sprinkler captivated him and he wanted it to be included. Interesting, right?

Written about his celebrity crush Halsey, “Fire on Water” is a representation of the improbable chances of a relationship with the popular singer. Like all of his music, there’s a story and this guy definitely knows how to tell it. What I think many people appreciate about Young Luv is his vulnerable willingness to show his heart to the world, and putting out songs that he might view as “throw away” (hence the title), but we love.

Okay, can we acknowledge that flow he has in “Traumatic”? You’ll be up for the challenge of learning every line, and trying to keep up as you enthusiastically sing along. He describes it as the EP’s “hard EDM track”. The chorus is incredibly catchy. It’s about an addiction to someone that clearly isn’t good for you and dismissing other options because of it.

Trash Rhapsody finishes with “Black and White Adidas ft. Willis”. There is a lot of visualization presented. A refurbished idea from a few years back when he saw someone in math class wearing the shoes. It’s fun, a bit comical at times, but most importantly it’s a solid closing track. Found it on repeat.

After listening to the EP countless times since its release, I’m still impressed by how refreshing and innovative Young Luv’s art is. Each track is rightfully different, but they are cohesive and balance one another beautifully. He says that he’s proud of the result and how much he has improved with mixing/mastering. There are layers and complexity not only in the music itself, but it’s strung charmingly throughout every part of Trash Rhapsody. Without question, it’s in my top 5 favorite albums of 2017 so far.