Before the Streetlights - somethingreal. EP + Interview

Before the Streetlights’ new EP somethingreal. is here… and it kind of changes everything! 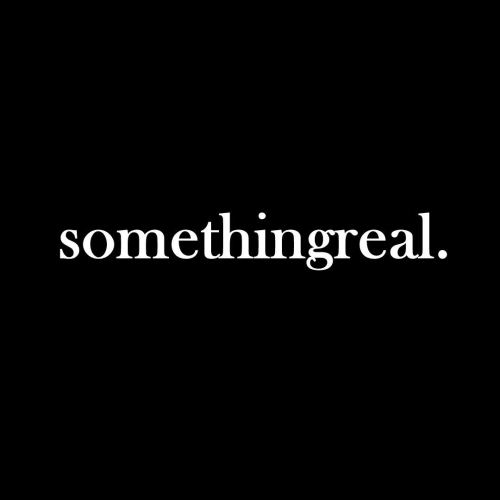 The Louisville, KY band has released their newest album somethingreal. Tyler Courtney (singer/songwriter), Josh Courtney (bass/programming), Tyler Pritchett (guitar/programming), and Zachary Schindler (percussion) have constructed 5 tracks with lyrics that are exceptionally florid and music that alone is moving. Their profound writing style is crucial to take note of. somethingreal. has undertones of questioning your life and embodies taking yourself from the mess of reality. There is immense creativity shown throughout and I can honestly say it is unlike any EP I’ve heard recently. The more you listen to it, the more brilliant it becomes.

I was lucky enough to receive a physical copy of somethingreal. The packaging is very sleek, and the outer sleeve slides off to reveal an overcast ocean/beachy setting; which is a running theme for the photo book (an important component to the album). You should experience this for yourselves, but what I will say is that it is designed to transport you somewhere. It unquestionably achieves that. 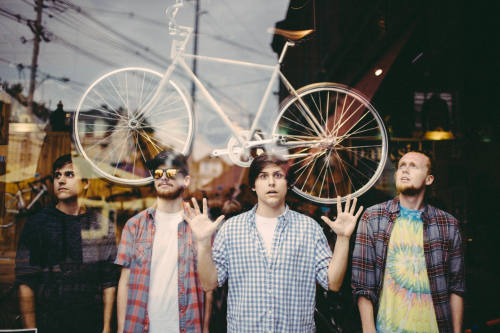 somethingreal. starts off with “Homesick”, and it quickly builds toward a strong introduction. Well-written with clear vocals that make this instantly gripping. Being in a low state generated by searching for and wanting a place with consistency and stability. “Homesick” is the type of song that you fall in love with; purely because it’s a deeply relatable concept surrounded by an upbeat melody. Did I passionately sing along? Uh, yeah. I found this to be the EP’s earworm.

“Houses” exudes a mirthless vibe, while allowing the presence of a stormy heaviness. There’s this idea that a home isn’t plainly the structure; it is what’s inside that counts. “Houses” represents the outer shell without having the comforting aspects. You may also feel a vast sense of dissatisfaction and tiring disappointment expressed effortlessly through each element. “Houses” is intense and packed tightly with raw emotion. I recommend paying close attention to the lyrics here; gives a greater understanding of what is being conveyed on the EP.

Switching to an intoxicating part of somethingreal., the title “Forget You” speaks for itself in that it emphasizes desperately trying to no longer remember haunting memories. A rather personal song that’ll surely resonate with many. I believe Josh Courtney’s answers in the interview below will give you an insight as to what the intent behind “Forget You” was. Leaning towards the rock side of Before the Streetlights, I was particularly impressed by the instrumentals. 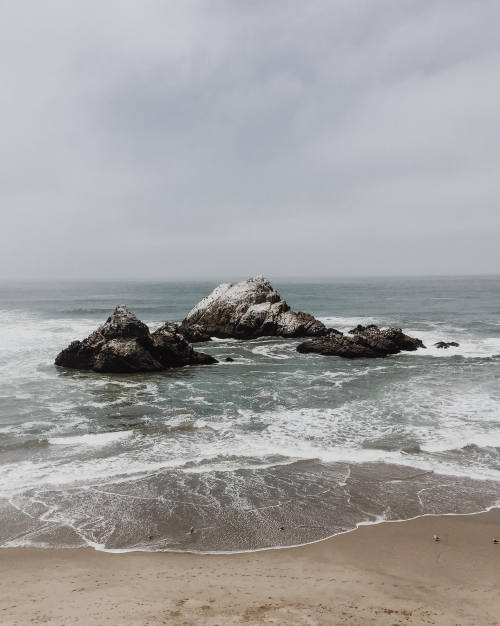 After every rock track, it’s nice to slow it down a bit. That’s where “Anchored And Torn” comes in. Relatively laid back, it is sort of this slightly acoustic pop song with a complex message. It touches upon faith and restriction while reaching for freedom. I was pretty invested in “Anchored And Torn”, which isn’t surprising considering the way it draws you in and washes over.

The EP comes to an end with “Deadweight”. Full of catchy sounds and lines that’ll replay in your head for a while. The most prominent, “when love turns to hate you become deadweight”. A more straightforward track with an unexpected twist. I don’t want to spoil it for you… but wow. Gave me chills. The positioning of all 5 songs perfectly align to tell a rollercoaster of a story.

I asked Before the Streetlights a few questions about somethingreal. (answered by Josh Courtney):

The physical somethingreal. EP contains a photo book that you say is a main component of listening to the album. Why/how did you decide to include this?

The photos were taken by one of my good friends Kate Neal who did all of our previous album ‘Westward’ photos and artwork. We wanted to connect you to a world where the songs can make sense. I believe that music is a visual experience as much as it is a sonic experience. We always try to create an atmosphere with your music. So when we saw the photos for the album we knew that they, on their own, expressed the same feeling that we wanted to portray with the songs. The pictures connected with each individual song perfectly so we knew right then that we had to highlight that in some way. We made a cardboard sleeve for the album and put all relevant album info on that as well as blacking out the innermost two pages to put liners and such because we wanted the photos to speak for themselves and didn’t want any writing to cover up the worlds. When you look at the photos I want you to be able to visualize yourself there doing whatever you want to be doing and the songs be the background music. It’s in a way therapeutic because takes some sense of clearing your mind to be able to accomplish.

Can you explain the process of bringing these almost esoteric songs to life?

When our singer Tyler went out to Los Angeles to write for the album with our friend Mike Hart, we knew that we wanted the new songs to be somewhere from the heart and pulled directly from life experience. We also knew that there is so much more to the songs we wanted to write than just girls and wanting to get out of the town you’re from. I didn’t have much of an idea of where Tyler was going to take these songs when he went out to write them but I had heard the demo for Anchored and Torn and knew that our songs were going to go in the direction that they ultimately did. These songs are so esoteric because they came from such a personal realm of Tyler and my life. They touch on the confusion and apathy that an unstable homelife created by divorce, lies, and addiction can have on a someone and how the effects of that can last far longer than you can anticipate. The songs are for everyone, but I hope it finds people who are going through a point in their life where they feel anchored to a mindset or a place that they wish that they could get out of. I hope they know that we are right there with them. I am hoping that on the next album we can address the solutions to these problems but for now we just needed to shed light on the fact that those problems are real.

Okay, let’s discuss the ending to “Deadweight”. What’s that about?

The ending to deadweight was originally just the sound of the rain fading out and then you hear us talking for a bit. I had the idea one day of having a song with an audio clip of Carl Sagan talking about god and the existence of one. So Tyler Pritchett (guitar) and I worked on that song for a while. We originally wanted to put it at the beginning of the album and intro the album with it but it would have given you a false sense of whats to come for the rest of the album so we added it to the end. Putting it at the set up the world of “whats to come”. It’s our cliffhanger to the album so I would expected the next album to be more like that. The final “hidden” track on the album is titled 'moonsounds.’.

Ideally, what do you hope people take away from somethingreal.?

I think what we ultimately want people to take from somethingreal. is that we are growing and maturing as a band and that there is a lot more to us than just a pop/punk band from Louisville. Personally I hope that this album will set a tone in peoples minds that we don’t want to be known for a genre but for an experience. What comes next will continue to be us experimenting with music and our abilities as song writers and musicians. I want people to know that they are not alone in their experiences, thoughts, and beliefs not matter what those are and that the healthiest way to cope and learn from your life experiences is to share them and express them through some sort of outlet. somethringreal. is the stepping stone to the experience of Before the Streetlights.