Bonfires - A Reason to Get Home EP

With nearly constant buzz surrounding the release of A Reason to Get Home EP, Chicago-based rock band Bonfires was sure to have a hit on their hands. 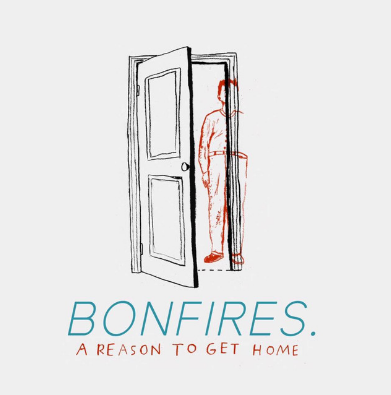 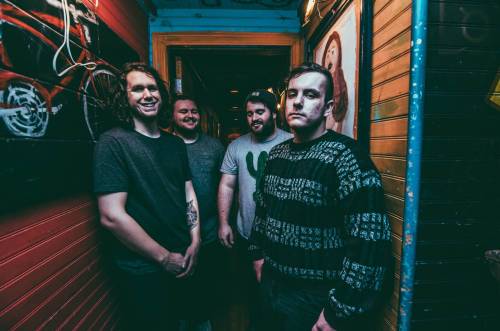 Brad Harvey (Guitar/Vocals), Kyle Grzejka (Bass), Nathan Thompson (Guitar) and Kevin Provencher (Drums) work so well together that this EP has left people in utter disbelief at how good it is – seriously, it’s all we can talk about. The most prominent attributes of Bonfires and this EP are the way they create high levels of emotional diversity and it’s full of angst, despair, feeling dispirited and it certainly doesn’t shy away from those rocky moments in life. A running theme throughout the EP seems to be rumination and being left in a shattered state. A Reason to Get Home is one of those albums that just gets it.

‘Untitled’ is a short, ambient and instrumental track. Not many bands decide to (or maybe aren’t brave enough to) put a song like this on their albums; but it serves as a sort of introduction into the EP (the first with vocalist Brad Harvey) and it is exactly what new and old Bonfires fans needed. There’s something peaceful yet understanding about ‘Untitled’. Upon first reaction, it felt like a fresh start that doesn’t seem too abrupt or strange. It’s fascinating that this track said so much without having any words at all, and it could easily be listened to on repeat. I guess you could say it’s a nearly minute and a half reflection. Just from ‘Untitled’, I knew this was going to be an EP that will continue to be celebrated. 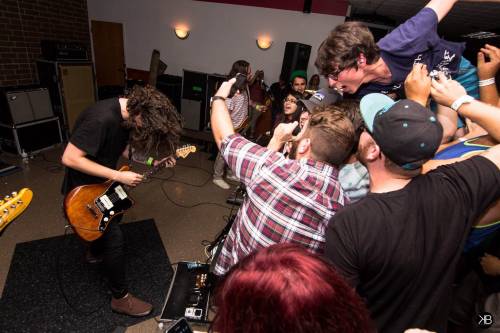 Bonfires takes no time at all after ‘Untitled’ to go right back to that rock sound we all love. ‘Walls’ is my favorite off of the EP (okay, maybe a tie with ‘Colorblind’…and the others) and is frequently stuck in my head. One of the most profound and striking lines for me was, “so tell me what’s it like, tell me what’s it like to set yourself free?” This track is essentially about the demons someone has left you with, while they aren’t dealing with any of the torment and battles you now face. It’s tough when someone is clearly feeling free and seem better off without you, while you’re a mess and can’t shake it – it’s definitely not fair. ‘Walls’ is in a great position following what ‘Untitled’ provided.

‘Sympathy’ seems to be a fan favorite, and I have to say I completely understand the appeal. While it’s slower than ‘Walls’, it picks up the perfect amount and becomes this movingly relatable song with fantastic instrumentals. This could possibly be popular among Bonfires fans because almost every line can be easily quoted to accurately depict what you’re going through. Lines such as: “what a shame that this all went to waste; I’d never ask you to stay” and “change came at a time when I needed it most”. The chorus is immensely powerful and simply stunning but complex– it will leave you speechless and with chills. 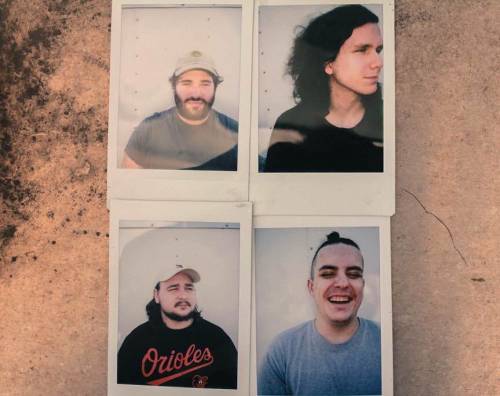 What I like most about ‘Never Meant’ is that it doesn’t sugarcoat pain. Too often in society we are told to suppress the sadness, the uselessness, unworthiness, etc. that is attributed to real-life moments of failure. Because I’m a person who always tries to see the positive buried in the negative, I assumed that by the end of ‘Never Meant’, it would turn into a story of hope and coming out of that dark place after the notion of “everything I built came crumbling down”, but it didn’t, and I’m surprisingly glad. This is reality, and people will feel like this at some point in their lives. ‘Never Meant’ fits well into Bonfires newish sound, and it’ll be interesting to see what direction they’ll take next.

‘Colorblind’ is the first single from the EP. Again, starts with an almost ambient sound, similar to ‘Untitled’, but quickly becomes filled with strong vibes. I mentioned above that A Reason to Get Home just somehow effortlessly knows what I’m going through, and ‘Colorblind’ is the best example of why that’s true. No matter what your specific situation might be, ‘Colorblind’ will be able to hit that part of you just the right way to where you’ll be stunned at how much it makes sense and how it’s that song you didn’t know you needed.  ‘Colorblind’ is one of the most dynamic tracks on A Reason to Get Home. Check out the music video below:

Bonfires has blown everyone away with their phenomenal new EP A Reason to Get Home. The outpouring of support and amazement towards the release has been brimming with praises and bona fide hype. If you like what you hear, Bonfires is going on tour with Fossil Youth, The Weekend Classic, and Living Means throughout August. Take a look at the dates HERE, and hopefully you’re lucky enough to listen to the songs from A Reason to Get Home live (I’m not jealous or upset that they aren’t playing a show near me. Nope. Not at all…) Make sure you also follow Bonfires at the places listed below so you can stay current on what I’m sure will be a wild ride for this extraordinary band.