Eighty Ninety is a massively clever alt-pop duo from Brooklyn, and they just released their debut EP Elizabeth! 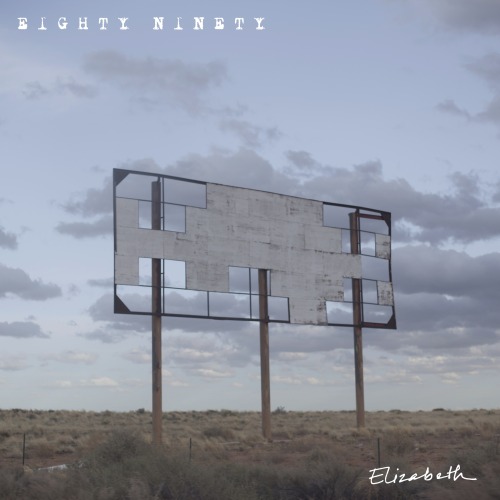 Brothers Abner and Harper James self-produced their brilliant 3-track debut EP, Elizabeth, and had social media buzzing about its release on July 22nd. From the tweets shared by the band, fans were completely captivated by each song, and it appears as though they are almost equally popular among listeners. You can tell that they have influences from various different times in music, and they effortlessly incorporated them into Elizabeth. Eighty Ninety has coined their music style as “808s and telecasters”; if that doesn’t instantly fascinate you… well, it should! 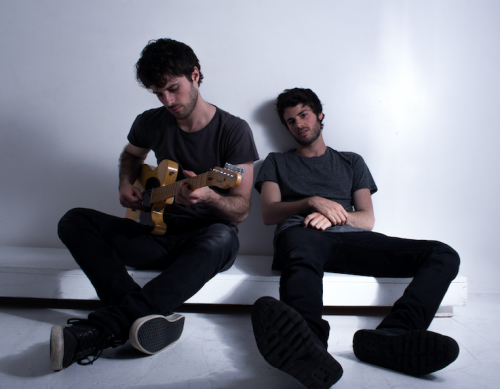 The first track is ‘Heartbreaker’. It’s moving with extremely pleasing vocals and beautifully written lines. Strong opener that’s riveting and a clear indication that they know what they’re doing in all aspects of music production and artistry.  Eighty Ninety are great lyricists and ‘Heartbreaker’ shows off that talent well. This song is understated but completely mesmerizing. It feels nostalgic and there are elements that bring me back to the days where simplicity in music didn’t take away from the impact it made on those who listened. Honestly, I found myself with chills and getting a tad emotional. This is one of those tracks that people will feel a little conflicted about either eagerly sharing it with everyone they know, or keeping it for themselves.

‘Three Thirty’ is Eighty Ninety’s debut single released in March 2016 that has seen astounding success. I think we all have, or will at some point, experience a night like Eighty Ninety is expressing in ‘Three Thirty’. With a powerful chorus and just the right combination of “acoustic instruments and electronic sounds”, this song features breathtaking storytelling about taking what you had for granted and you messed it up. Once you listen you’ll understand why everyone is so obsessed (myself included). Eighty Ninetyreleased a music video for ‘Three Thirty’ that accurately conveys who they are as a band and what their music stands for. You can watch the video below:

In the final track, ‘Fading’, you’ll notice it has similar elements to what was so radiant about the first two tracks; however, it doesn’t get lost beneath them at all.  In fact, it shines. I’ve always been fond of reminiscent songs, and I think that’s why I’m partial to what Eighty Ninety has produced with ‘Fading’. It’s about remembering the past with someone, but emphasizes that, “things have a way of changing”, “hearts have a way of breaking”, and “love has a way of fading”. A tale of the one that got away, and even though they aren’t in your life anymore, you still can’t help but wonder. It’s no secret that there are a lot of songs in the world about love and breakups. What’s astonishing is that, while Eighty Ninety’s Elizabeth EP is reflective of exactly that, these songs don’t feel anything like the same old stories everyone else has already told. 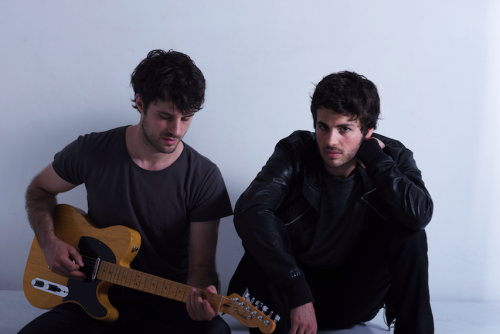 We got to chat with Eighty Ninety a little bit about their new EP Elizabeth. Check out the interview!

What was the motivation behind self-producing not only your music video for ‘Three Thirty’, but also your entire debut EP, Elizabeth? It’s all hard to separate for us. The songs and the way that they’re created feel like part of the same larger expression. We tend to do things simultaneously — write, mix, produce, arrange, record — so the self-producing happened naturally. There was never a conversation about bringing in an outside producer. The same attitude applied to the making of the video: what is the song trying to express? How can we deepen that visually — and also maybe, since it’s our first video, answer some questions listeners might have like who are these people, what do they do?

What’s it like being in a duo with your brother? How does your dynamic work?

Collaborating is cool because as brothers we’ve been communicating our entire lives—we didn’t have to spend any time getting to know each other as people or musicians before we could really get to work. At the same time, we’ve definitely had a dose of that sibling best-friend/arch-nemesis dynamic. We like to think we’ve outgrown that but sometimes after 10 hours it…shows up.

I’m sure you have written/recorded other songs. What made ‘Heartbreaker’, ‘Three Thirty’, and ‘Fading’ the perfect mix for Elizabeth? Was it a challenge deciding on these 3 tracks?

We wanted the EP to feel cohesive and complete. We felt like (hoped that) Heartbreaker, Three Thirty, and Fading have an arc that show what we’re about  musically while at the same time tell an emotionally and narratively coherent story.

When you were writing these songs, did you think that people would be able to relate to them as much as they have? How does it feel to know that songs personal to you, resonate with so many other people? The idea that our music has been useful to other people—to the point where in some cases they’ve even reached out to tell us that a song has helped them get through difficult times and experiences—is incredibly meaningful and feels amazing.

The way you describe your music as “808s and telecasters” (which I love, by the way), is unique and it made you guys stand out to me – I admit I was instantly intrigued! Can you explain what that means to fans who might not know?

Awesome that you love that! At first “808s and Telecasters” was a way of literally describing the foundational sonic elements of our songs but has become a kind of shorthand for our kitchen-sink approach to making music, where we use or create whatever sounds we feel are appropriate for what we’re trying to express—rather than relying on genre conventions to dictate production or arrangement choices for us.

With Elizabethreleasing 2 weeks ago, and the pretty impressive response to it thus far, I’m thinking people are already anxious to find out what’s next. What is the near future looking like for you guys?

We’re always in the studio making music. But we’re definitely excited to start playing these songs in front of people. 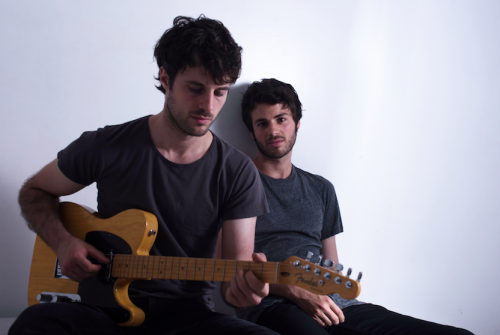 What Eighty Ninety achieved with their Elizabeth EP is almost indescribable. It’s amazing and mind blowing that they self-produced every part of this. Make sure you follow them on their social media links below. With such a thriving debut, I can’t even begin to imagine all of the phenomenal things yet to come from this duo.