I’ve been listening to IAMWE since early February, when I wrote a review of their EP Love and Loss. I was ecstatic to find out that they would be here in the Bay Area so soon. IAMWE is Nate Huss (frontman), Josh Carlson (drums), and Ryan Williamson (guitar). I contacted them asking if I could head into the city early on October 18th and help out with anything before the show at Hotel Utah in San Francisco. The band and their manager David Waechter were gracious enough to let me tag along with them for part of their day.

When I got to the city I decided to walk from Market Street to Ghirardelli Square where I met up with the band. We then headed to Pier 39/Fisherman’s Wharf where Josh desperately wanted Trish’s Mini Donuts – he was on a mission! Then we went to Luigi’s Pizzeria so the guys could get something to eat. There were some good conversations and lots of jokes between everyone. It was entertaining to see what tour life is like for a band pre-show. IAMWE were welcoming and inclusive even though this was our first time meeting. They all came across as genuinely kindhearted, and they have a bond with one another that’s so refreshing and enjoyable to be around. 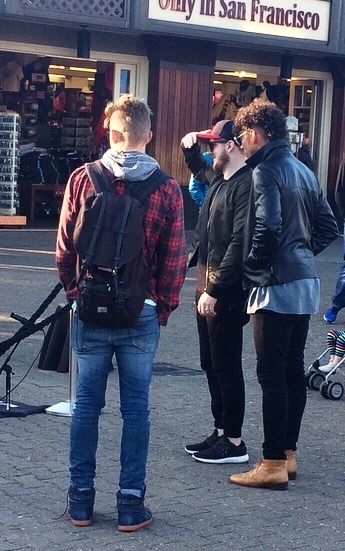 When we went back to the venue (Hotel Utah), it was noticeably compact and kind of unappealing for a show of this level. It was basically ¾ bar and ¼ venue. To paint a picture for you, the tour members themselves filled up the space. However, after the show began, myself and the bands noticed that the sound quality wasn’t as awful as we had anticipated (although I attribute that to their talent rather than the venue itself).

IAMWE and Taylor Phelan are on this tour together, and they’re a great pairing that keeps things fun and lighthearted, but make such a strong impact while on stage. Shelley Segal was an opening act just for this show, and it was lovely having her in attendance because she provided something extra beautiful to this lineup.

Shelley Segal is an Australian singer-songwriter who just moved to California a few months ago. She was accompanied by guitarist Rob, who has only been in the states for a couple of weeks. 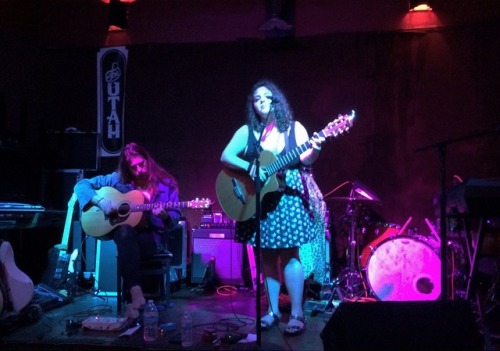 What was most striking about Shelley is that she had the audience so invested and interested in the messages of her songs. She talks about important issues, and topics that people can relate to, all while mastering the art of making you feel something. I would describe Segal as simplistic in a charmingly complex manner, and you can’t help but be intrigued by her. I loved the setup of her and Rob with their guitars. Her performance was acoustic (can never go wrong with that) and beautifully pieced together. Two songs she performed that stood out to me were Eve (An Atheist Album) and Strange Feeling (title track from Strange Feeling).

She eloquently told the stories behind each song, and I highly respect when performers do that. Because, as a fan and appreciator of music, it helps me gain a deeper understanding of the track. Shelley was a ray of light from the moment she entered the venue. It was nice talking to her and getting to see how she influenced the audience with her words and vocals.

Next up was IAMWE, and I was stoked to not only hear them live for the first time, but to watch the reaction of the room when they heard how brilliant Nate, Josh and Ryan are. I had the chance to watch setup and sound check before the show. It was a mixture of fun and professionalism (as it should be), and I found it fascinating to see how it all worked and what the process is like. 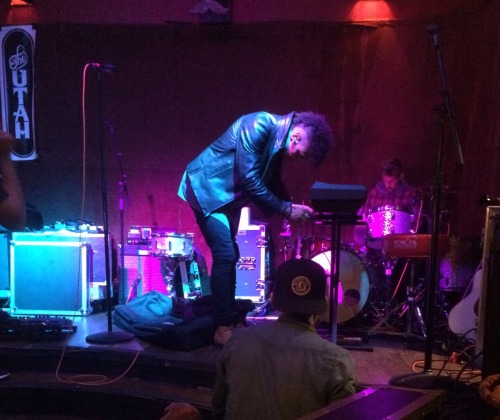 IAMWE’s setlist featured songs from Love and Loss: I See You You Got Me You’re The One Katy Perry/Rod Stewart Mashup (HERE)  Thinking About You Everything About You

I’ve been to a lot of shows, but I have never experienced something like what IAMWE did. Nate’s vocals seemed almost effortless while singing with such passion and spirit. He owned the stage from the higher energy dance tracks that got us all hyped, to the powerful performance given while sitting at the keyboard. I have to point out the incredibly insane solo instrumental moments Ryan and Josh had throughout the set. Ryan absolutely killed his guitar solos while Josh’s drum equivalent left everyone impressed. I can still hear them and it was honestly one of the best parts of the whole show. The trio showcased their talents astonishingly well. 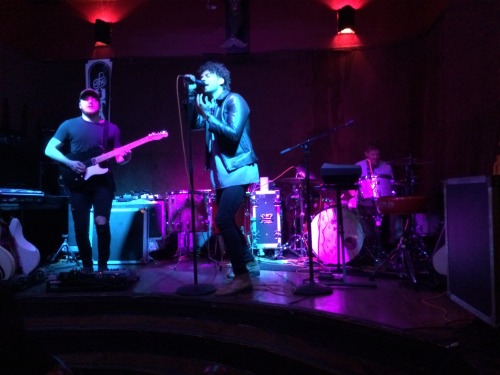 I talked about this quite a bit with David throughout the night, but IAMWEis 100% one of those exceptional bands that, the moment you hear them perform live, you’ll be completely hooked and also shocked that they aren’t already headlining shows in front of massive crowds. A woman at this show actually asked me if I knew the band, that this was her first time listening to them, and she was curious to find out more. See? It’s true. They know what they’re doing, and they’re remarkable at it. I can guarantee that you’ll be hearing a lot more of/from them in the near future.

Nate, Ryan, Josh and David showed me so much kindness and I feel very thankful to have spent the day with them and to have attended this show.

You might know headliner Taylor Phelan as a contestant from NBC’s The Voice. His band consists of Conner Biles (bass), Rains Wall (drums), Micah Garman and Josh Svorvinic (guitar). What I observed about Taylor is that he has a strong stage presence and is able to effectively engage and communicate with the crowd. At one point Taylor’s cables got tangled and his commentary during the ordeal had us all laughing. They conquered a variety of songs off of Phelan’s album Where The Ocean Shallows with ease. They actually gave out free copies of the album to people at the show and in the bar because there will be a newly released version soon. Awesome to have an original copy though! 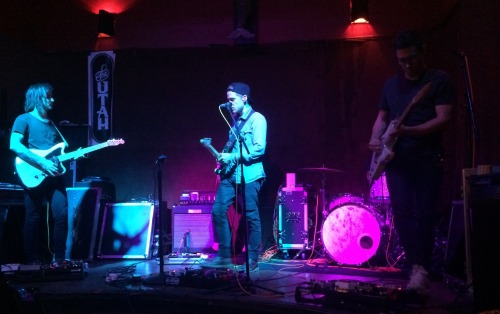 From the moment I met them, Taylor, his band, and team were sweet and inviting guys with a positive vibe who took the time to talk to me even though they had no idea who I was. They made me feel like a new friend, and I think that says a lot about them. 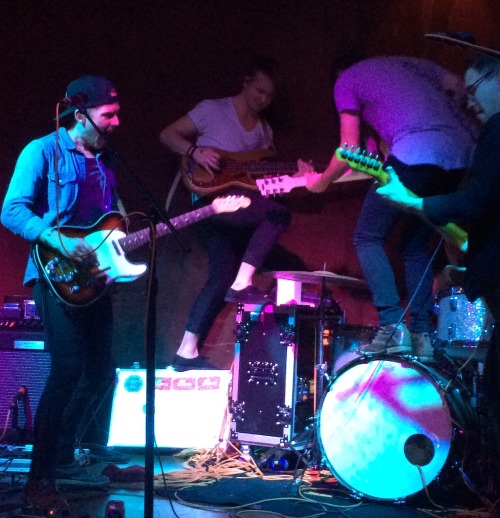 Not gonna lie, Conner and Micah scared me a little when they did this.

The hospitality shown by everyone is indescribable, and I know for a fact that when any of these artists come back to The Bay, I’ll be going to see them again. They’re phenomenal people who put on a stunning show. I hope that you’ll go see them if they play near you.

Below are some links to where you can find more info on Shelley Segal, IAMWE, and Taylor Phelan: