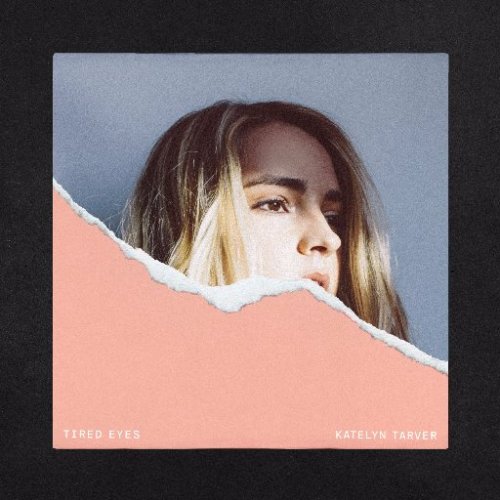 A strong indicator of how brilliantly spectacular someone is as a music artist (and a person in general) is when, after 10 years, they still make you speechless and in awe with every release. That’s my experience withKatelyn Tarver. In 2007 when we first met, she was a teenager with big dreams and just trying to get her voice heard. Today, she never fails to impress her continuously expanding audience. What you should know about Tarver is that she has stayed humble, appreciative, and genuine throughout these years. Tired Eyes is a collection that truly shows her growth.

The first track is “Weekend Millionaires”, which was (and still is) such a big hit. Its bouncy and spirited sound is accompanied by lines that are a bit mocking of trying too hard to fit an image. Pushing this glamorous - albeit false - life of doing little but having a lot. “Weekend Millionaires” is definitely the kind of song you’ll find yourself dancing to in your room or turning the volume up while driving, windows down. Fun, relevant, and catchy. What else could you want?

A few tracks were released as singles leading up to Tired Eyes. I went back to “Hate to Tell You” over and over again. I adore this sassy and unapologetically honest side of Katelyn. She was able to accurately depict the thoughts frequently experienced when being unwelcomely hit on. “Hate to Tell You” incorporates the perfect amount of details that can be applied to this real-life situation we all understand. The vibes and melodies are contagious and so easy to become obsessed with.

“You Don’t Know” brings the tempo down with lovely keyboard/piano playing that eventually leads into a symphony of full instrumentals. This song is candid and open while putting focus on her goosebump-inducing vocals. The more simplistic production makes it greatly powerful in every other way. There are many sides to Katelyn Tarver as an artist, and having “You Don’t Know” on Tired Eyes allows you to hear the best of all of them.

“What Do We Know Now” is basically the song equivalent of what it’s like trying to “adult”. You grow and learn things, but it’s important to realize that nobody actually knows what they’re doing. It also reiterates staying in the moment and enjoying the little things while you can so you aren’t thinking back on what you wish you could’ve done differently. “What Do We Know Now” could potentially be the Tired Eyes earworm, with its euphonic beats that will play as you sing the chorus on a loop.

Tired Eyes comes to an end with “Love Me Again”. Fairly uncomplicated in the sense that it doesn’t feature heavy layering of sounds as in other tracks on the EP. However, there is depth and emotion behind every word. All your attention goes to the lyrics, which are written almost like a letter. In a very mature but vulnerable nature, it addresses making it past the tough times in a relationship. “Love Me Again” is sincere, heartfelt, and respectable.

After Tired Eyes, I hope you are as enthralled by Katelyn Tarver as I am.