Thrilled to write about a massively talented pop punk band from Melbourne, Australia called Kids In Control, and their new EP Spotlights! 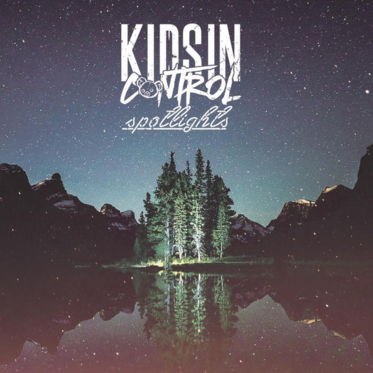 Tracks: 1. Get over Yourself 2. Remember When 3. This Is How We Do 4. Everything I Want 5. Spotlights 6. Anywhere but Here

Michael Bennett (Vocals), Justin Anderson (Bass/Vocals), James Piper (Guitar/Vocals), Daniel Falconer (Lead Guitar/Vocals), and Grant Myers (Drums) released their new EP Spotlights on June 1st.  In this 6-song EP, they have created music that is fueled with familiarity and that is very easy to relate to. They have that pop punk sound we all love, but they’ve found a way to make it their own and stand out. 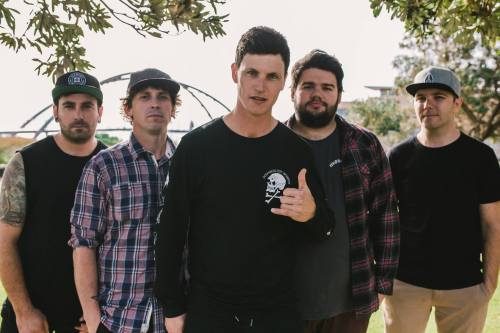 In the opening track, ‘Get over Yourself’, one of the first noticeable traits is that it feels inviting. The music draws the listener in and the sound is perfectly captivating. When listening to the lyrics, there is a hint of relatablity - because let’s face it, we all have someone that makes us want to scream “get over yourself”. There is a nice connection between the music and lyrics. Beginning Spotlights with ‘Get over Yourself’ brightly shows Kids In Control’s great writing skills and how they seem to be strong and well-rounded musicians; it highlights their strengths and builds the excitement for rest of the EP.

Okay, ‘Remember When’ is an unquestionably reminiscent song. The drums really stand out to me, and this distinct beat adds a lot of character. It’s filled with an inspiring determination, and it has moments that feel almost like an angsty teenager; which I personally think works especially well for this song. Although it’s been quite a while since I was a teenager, I still vividly recall those days brimming with feelings of being misunderstood. This song is responsive to the current emotions of young people who are still making those memories, and it’s bringing nostalgia to those of us who have already experienced that time in our lives. It’s nice to have a song that a variety of people can relate to. 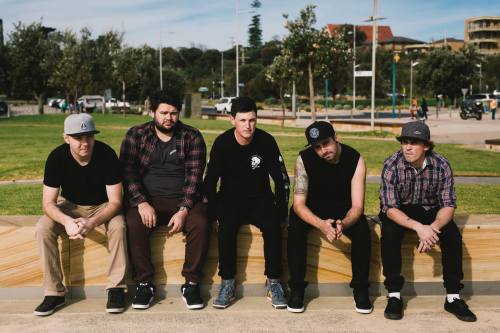 After listening to Spotlights many times, what I’ve noticed is that ‘This Is How We Do’ is undoubtably the gets-stuck-in-your-head-for-days song off of the EP; making it the perfect choice for Kids In Control’s single.  I found myself humming the melody in the morning while making breakfast, and then I had the lyrics swirling around my head at night while trying to fall asleep. Something I really like about Kids In Control, and pop punk in general (so thankful it’s making such a great comeback), is that there is so much depth in these songs. Without taking the time to really feel the music and listen to what the artists are saying, it could easily be overlooked. ‘This Is How We Do’ talks about things ranging from wanting to be forever young, to the constant coming and going trends everyone’s into these days and the reality of the mass majority being glued to their phones - but missing the simple times and the “love for rock n roll”. It made me think about making the most of the things that really matter in life, and not wasting my time just going through the motions of what society has become. Possibly my favorite track on Spotlights. Check out the music video below:

The first thought I had when ‘Everything I Want’ started playing was that it sounded like music you’d hear in those early-2000s movies. This is understandable considering Kids In Control’s claimed music influences are the likes of Simple Plan, All Time Low, and blink-182. Some of the lines in this song made me smile a little because it’s fitting to my sense of humor. I think we’ve all been here before: can you return my calls my Facebook posts  I’ve tried so many times  #sonotstalkingyou

They also bring up the semi-annoying and common saying, “good things come to those who wait”. But with so much infatuation with someone, it’s hard not to be overzealous and eager to get things back to how they used to be. Cause I mean, “#sonotoveryou”. Although sometimes it’s useless to hold on and wait for something that will never come, you still fight for another chance. Cheesy? Slightly stalkerish? Maybe a little romantic? ‘Everything I Want’ has it all. You can watch the lyric video HERE.

Kids In Control slow the tone down with the title track, ‘Spotlights’. You can never go wrong with putting a somewhat acoustic song on any album! This song is emotional in the sense that, when you listen to it, you’re just like, “wow I completely understand what you mean and how you feel”. Like the other songs on this EP, I find ‘Spotlights’ to be relatable. Wanting to break free from the routine you’ve been in, the need to make a change, show the world what you can do and live up to your greatest potential. I thought it was really important and interesting that the lyrics didn’t fail to mention that it’s okay to want to strive for more in life, as long as you acknowledge and are thankful for all the good things and people you already have. Maybe listening to ‘Spotlights’ will encourage you to think about what you want out of life, and inspire you to take a look around at how wonderful your life already is! 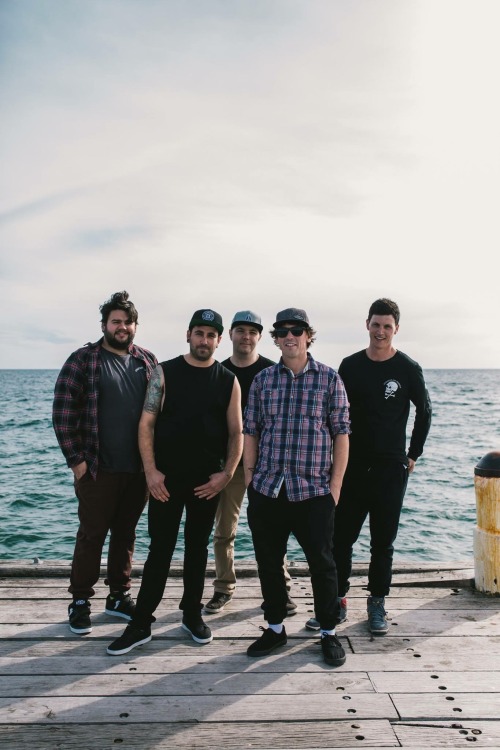 The energy picks up again with the final song on Spotlights, ‘Anywhere but Here’. It’s similar to ‘Get over Yourself’ in the way that it’s the things you want to say to people who just don’t get that they’re in the wrong and they aren’t used to people fighting back. The lyrics talk about needing to just get away in the heat of the moment, but don’t be fooled because the revenge will come later. Right now they’re going to take the high road and just go. Even if you might not win the fight, you aren’t afraid to be confrontational and you won’t back down. Sometimes it’s better not to react in the way that you know someone expects you to. ‘Anywhere but Here’ has a nice story-like flow to it and it’s one of the songs off the EP that you can really mentally create a picture to accompany it. Great way to end Spotlights. Kids In Controlknow what they’re doing, and I’m impressed by what they have done with this song and the others.

I can see Kids In Control quickly becoming everyone’s new favorite band. Spotlights is such a surprising and refreshingly brilliant EP that will most likely be on many summer playlists. Make sure you follow them at all the places below so that you can stay updated on what I am sure will be an incredible journey for them.