The Downtown Fiction is back after their second album Losers & Kings (2014) with a brand new EP called Alligator Tears. The band has been consistently impressive with all of the music they have released thus far, andAlligator Tears is no exception. 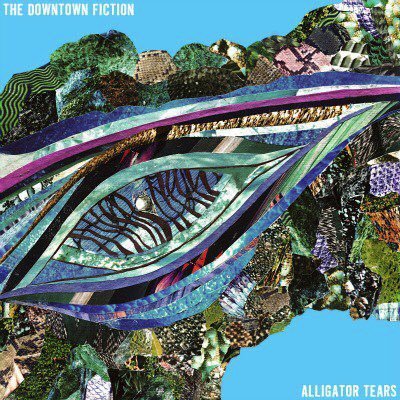 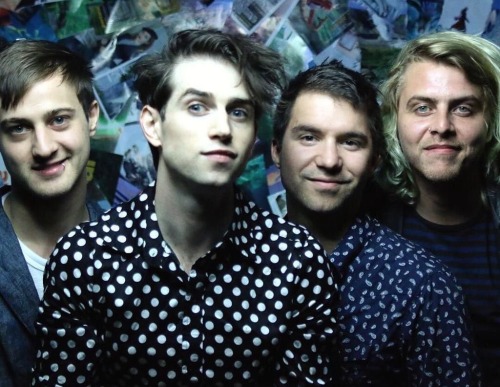 The four guys of The Downtown Fiction are Cameron Leahy (frontman/singer/songwriter/guitarist), David Pavluk (vocals/bass), Wes Dimond (guitar/vocals) and Kyle Rodgers (drums). Cameron Leahy has this magnificent ability to put into words the feelings that we all know but can’t express - making it effortlessly easy to emotionally relate to TDF’s music. Not only that, but everything encompassed within each song is brilliantly done. Their music has a message, a meaning, and a purpose. But that in no means takes away from the qualities that have you passionately singing along as loudly as possible and dancing around your room like a crazy person. The Downtown Fiction’s music is honest and makes you feel countless emotions; but most of all, it just makes you immensely happy.

Wes Dimond explained to me that, “we are incredibly proud of this music and it’s our first independent release which is exciting. Completely DIY!”. Cameron Leahy expanded on that a bit while doing an interview with DJ Rossstar to promote Alligator Tears, where he answered my question about the “theme” of the EP. He said,

“there’s something about disconnectivity in a time when we are the most connected. There’s so many people nowadays who - don’t you hear friends all the time telling you how empty they feel or they don’t feel like anybody is connecting with them? - And yet we’re all tapping into the same exact stream of information. If anything, it’s harder nowadays to avoid getting swept into the same stream of information - we’re all slowly becoming the same person somehow. I don’t know, to be honest I didn’t want to put a label on it. If anything we just wanted to surprise ourselves with this one and really do something that excited me from the gut and I think that started with being able to cut all of these songs and demo them just in our home studio. This is the first thing that I’ve actually gotten to produce and I feel as if that really helped just bring out a different creative vibe that allowed me to work at very strange hours of the night. It brought out those themes because of the times that I was working - very disconnected hours”. 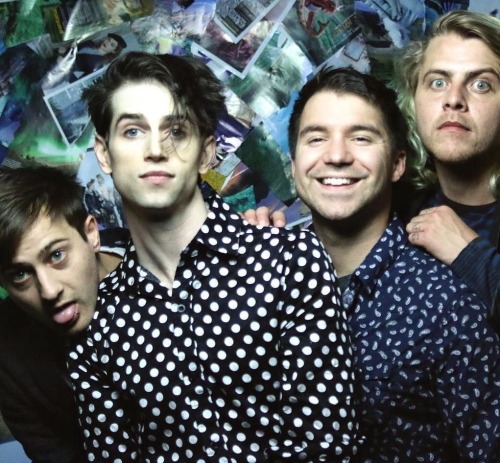 The first single off of Alligator Tears is ‘Let’s Fade Away’; which the band built up intense anticipation for by doing a countdown to the lyric video drop and the announcement of the official EP name and release date at the end of January. ‘Let’s Fade Away’ starts with a sick drum beat that immediately grasps your attention. When I first listened to this song it reminded me of a similar sound to what they had on Pineapple - EP (2011), which has a stronger rock sound than some of their other songs such as ‘Some Place On Earth’ (Losers & Kings). But despite that quick bout of nostalgia, this is a brand new sound for The Downtown Fiction. I think that as a band they are always looking to do something a little bit different each time they put out music.

‘Dream Within a Dream’ definitely has a lighter sound than ‘Let’s Fade Away’.  In the DJ Rossstar interview mentioned above, Leahy said that the sound is, “heavier, thumpier, and bassier” than previous releases. You really can hear those elements in this song, especially bass guitar. I’ve seen a few fans already claim that this song is one of their favorites on Alligator Tears,which is understandable. This song in particular would be really fun to hear live. Leahy has a unique writing style where the lyrics aren’t completely obvious and they are definitely not ordinary. Sometimes dark, but always very thoughtful, clever, and witty. He finds different ways to say something that most people would use simple terms to express.

The third track on Alligator Tears is ‘Van Gogh Colors’, which Leahy mentions is possibly his favorite off of the EP. You can watch him perform ‘Van Gogh Colors’ + ‘Is This the End’ HERE (34:00-42:40). When the EP was announced and I saw the tracks for the first time, I was instantly intrigued by the titles and this was one that I was really excited to listen to. It’s always difficult for me to say I have a favorite on any album, but with The Downtown Fiction, it’s even more impossible. After listening to Van Gogh Colors, I was very drawn to the lyrics, the sound, and the way it made me feel while listening to it. Sometimes there isn’t any reasoning, it’s just what you feel and what connects to something inside of you. This was that song for me.

‘Is This the End’ is one of the slower songs on Alligator Tears. It starts off simple, but falls into some really deep and more complex lyrics - which is a great combination. In this song, what stood out to me the most was that it has an interesting sound that is kind of difficult to describe. Which I think is the goal that The Downtown Fiction had while creating this EP; they didn’t want it to be defined in a certain way, and they wanted the songs to “have their own territory within the world”. The song ends in a similar way to how it started. It almost goes full circle, and I think that it suits the message of the song, and the title very well.

In the last song on Alligator Tears, ‘Hepburn Shades’, The Downtown Fiction once again starts with a recognizable and interesting drum beat. It’s not as intense as it is in ‘Let’s Fade Away’, but it’s definitely something that is noticeable when the song begins playing. The tone of the song remains the same throughout most of it, and doesn’t have any moments where it really picks up tempo. But that’s perfect for ‘Hepburn Shades’, and it’s a good way to finish off the EP by slowing things down a bit and it’s almost a moment of reflection. What I really like about The Downtown Fiction’s music is that you realize that not only can you enjoy music for the sound, but also because it makes you think. That’s what this song did for me. It’s not over-the-top and that really helped the lyrics stand out. 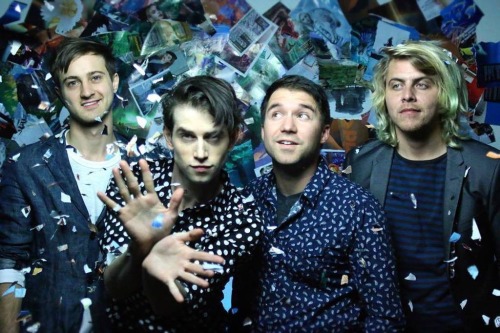 I have known The Downtown Fiction since 2008. I have witnessed all of the changes they have gone through, including their ups and their downs. I can honestly and unbiasedly say that, despite it all, they really have become the best that they have ever been. They are constantly growing, learning, and evolving, while remarkably remaining the same incredibly talented, sweet, and humble guys that I have known since day one. They have a connection with their fans (we prefer TDF family) that I have never experienced with any other band. Here is what some of the TDF Fam had to say about the band and their thoughts on Alligator Tears:

“The first time TDF announced they’re going to drop a new album, I get really excited. After almost two years without any new music, I expected nothing but a fresh new music to listen to, and that is exactly what I got from Alligator Tears. It sounds different from their last one but it sounds exactly like the downtown fiction.” - Amelia Yosita  “Absolutely in love with Alligator Tears and the direction TDF took with this EP. I can already tell it’s going to be a major part of the soundtrack to my 2016. Couldn’t be more proud of these boys for yet another amazing release!” - Angel Haines 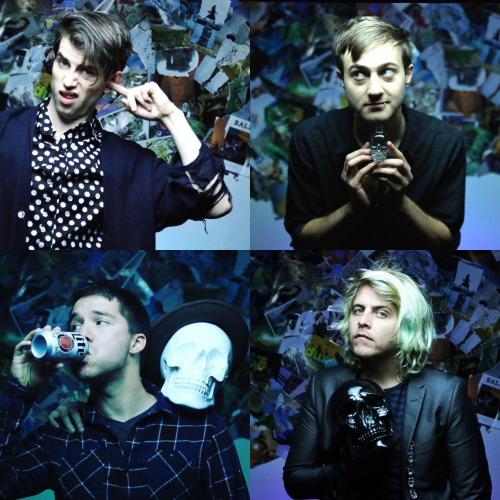 The Downtown Fiction is one of those bands that you know you will have the best time of your life at their shows. They have high energy that is infectious and has the crowd so engulfed in it that, when it’s over, they walk away immediately wishing that they could do it all over again. PCD (post-concert depression) is real after seeing them live. But don’t worry, waiting for the next time just makes the experience of the always improving live show even better. If you ever get the chance to see them at a show near you - do it. They always meet people after the show, and I highly suggest that you go chat with them for a bit. Cameron, David, Wes and Kyle are the nicest guys that I know; which makes it no surprise to me that the TDF family loves them so dearly and many have been dedicated to supporting the band for years. There is truly something special about The Downtown Fiction. Instead of continuing to tell you the reasons why, I really hope you go discover it for yourself. You won’t be disappointed - because with The Downtown Fiction, it’s just not possible.