Woke Up Waiting - Better Off This Way EP

Vancouver, BC based pop punk/pop rock trio Woke Up Waiting just released their debut EP Better Off This Way! 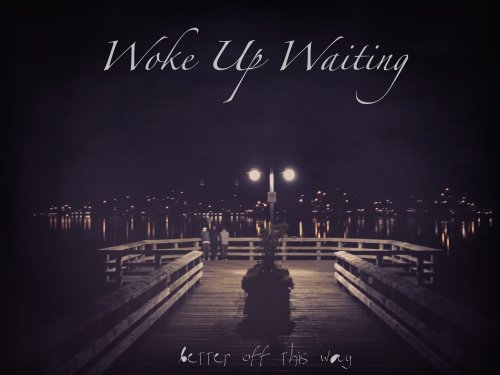 Woke Up Waiting - Justin Mattock (frontman), Sean Thomas (vocals/guitar) and Lucas Bayley (bass/backing vocals) -  joined forces after the run of their previous bands ended. They were right in thinking that they could be great together! You might have seen some of the cover videos they posted to YouTube while attempting to grow their fanbase prior to the release of Better Off This Way. Once their debut single ‘Best of Me’ dropped, it was clear that their EP would be special.

Better Off This Way has a desirably balanced 6-track offering with something for everyone. Stemming from their press release, Woke Up Waiting describes it as an EP that will, “make you want to party, cry, fall in love, get out of love and anything and everything in-between. It’s a true look at all three of us as individuals and the things we’ve experienced over the last few years of our lives”.

I definitely no longer have the “teenager mindset” that these songs might be geared towards, but there is a lot more depth than people might initially realize. In fact, this EP appeals to the part of me that wishes I had songs like this when I was younger. The ability to still connect with the emotions and lyrics running throughout each track proves that there is no specific age group that can enjoy Woke Up Waiting. 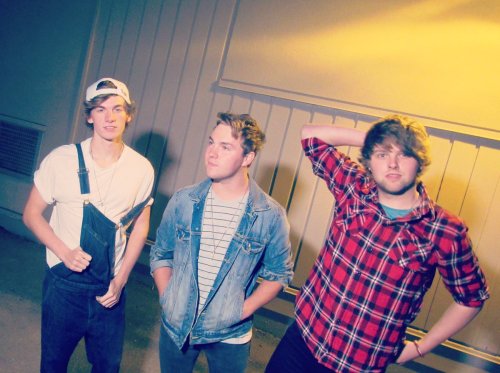 The EP kicks off with ‘Best of Me’, which was an extremely effective debut single - I was instantly fired up and anxious to hear the rest. This track gives good insight into what you can expect from Woke Up Waiting. Each line is gripping and it’s encapsulated by a combination of love and heartache - the idea of being hurt, but part of that affection still remains. It reminds me of ‘Narrow Lense’ by The Stolen. Mattock’s vocals hit you just the right way to where you can feel the struggle, while the catchy melody and the memorable beat will have you hooked before you even reach the halfway point.

‘Danger’ has a distinctive intro with a quicker tempo and it’s one of the more rowdy anthem tracks on Better Off This Way. The rad guitar-highlighted moment around the 2-minute mark brought this song to a whole new level, and was damn impressive. I’m looking forward to hearing that live someday. ‘Danger’ emphasizes the idea of rebellion and doing what you want, especially the things you’re told not to do. It’s those times when you’re figuring yourself out and also being more easily influenced by others. Gotta live and learn!

With slightly heavier instrumentals compared to the first two tracks, ‘Six Degrees of Seperation’ helps put Woke Up Waiting right in the middle of pop punk’s huge comeback, and they’re comfortably up there in the ranks of fiery new releases. Whether it’s with romantic experiences or something completely different, make sure you’re in the moment because “once in a lifetime only comes once around”. 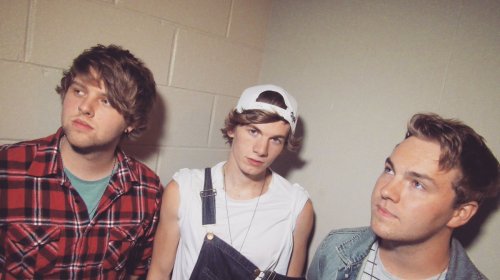 ‘For the Night’ adds an acoustic element to the EP, which I was eager to hear. When writing reviews, I tend to make small notes while listening through a song. When ‘For the Night’ came on, I was so drawn in that I intently focused on every word and note without even considering opening my eyes to write anything down. Woke Up Waiting’s ability to impact you in that way for nearly 4 minutes makes this song quite magical. I strongly connected with, “Cause the stars up in the night, they still shine without your name. But the beating in my chest fails to do the same”. However, the lyrics as a whole were written with such elegance, and they are heartfelt and reminiscent.

I saw a fair few people on social media saying that ‘Voices’ might be their favorite. Picking up again, it’s fueled by their experiences and it’s a unique way to look at things from their perspectives. This will for sure be a crowd pleaser at shows. From whatever side you’re on, ‘Voices’ is going to have some sort of meaning for you – especially if you’re one of the many people (like me) where shows are home.

‘Return to Sender’ is the bonus track on Better Off This Way, and potentially my second choice instrumentally aside from ‘For the Night’. It begins delicately, and then branches off into a more classic pop/rock number. ‘Return to Sender’ might be viewed as being on the somber end of the scale, but smooth vocal delivery and timing makes it a great addition to the EP and rounds it out pleasantly.

With a profound debut like Better Off This Way, there is sure to be a lot more to come from Woke Up Waiting. This is only the beginning so be sure to check them out at the places below!