Alumine is an indie/emo band from Gainesville, FL who just released their self-titled EP, Alumine! 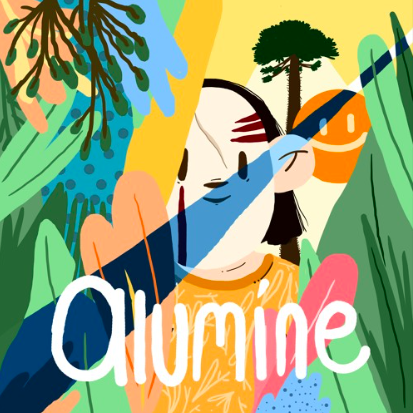 What you will find on Alumine is an alluring balance of raw transparency, which enhances relatability, and this mysteriously diverse presence that pulls you in. These four tracks are meaningful, well-written, and executed powerfully. It’s the kind of music that puts authenticity at the forefront and emphasizes pure talent.

“Lele” provides a high-energy kick off with a range of intense and mellow beats that immediately spark interest. A lingering instrumental intro shows off Alumine’s skills, while the cutting vocals certify honest emotions. Reflective of possibly being stuck in a cycle of allowing the heaviness of words to affect you, and fighting against their impact. The spirit fills you with a sense of understanding and empathy.

With its distinctive sound, “Comenzamos” fits right into the running theme of Alumine’s music; which accentuates this sort of troubled disposition that is, in some measure, trying to break away from those haunting demons. In this track particularly, you can hear the conflicting voices; they get slightly muddled. I think that’s exactly the point. What’s amazing about Alumine is that its upbeat and more melancholy elements are blended impeccably; one not outweighing the other. 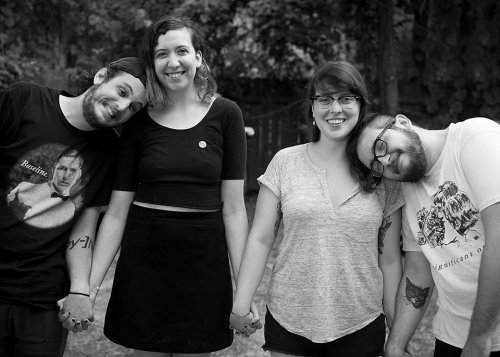 Although “Value” is the shortest track, it ostensibly holds its own. Remembering that specific moment when you were shattered, and filled with a degree of resentment towards those who made you question your worth. “Value” is understated in that it somehow has the ability to bring you back to a time where you felt similarly. Appealing in all the right ways, and could easily become a favorite.

“Al Exterior” picks up by featuring raspy punk vocals and this strong vitality that grasps your attention from the get-go. Again, very introspectively straightforward in communicating their thoughts; and admirably so. The lyrics in “Al Exterior” resonated with me, while the overall sound is addictive and fresh. Being placed as the last track was a smart choice, and I was pleasantly satisfied with what was accomplished throughout the entirety of the EP.

We got a chance to interview Alumine:

This EP is sort of an introduction to who you are as a band. How would you describe yourselves and your music?

I would say that we are a not entirely sad band that likes to show off with math rock influences while not actually being math rock? Haha I’ve never been good at describing us.

Ideally, what do you hope people experience while listening?

I couldn’t really begin to know how to answer this question. I hope people take the time to make sure that they know what they’re experiencing. Read the lyrics and listen to the music and then tell me how you feel <3

Can you tell us about the recording process? Best/worst moments?

What were some of the inspirations behind writing these four tracks?

Following this release, is there anything we can look forward to in the near future?

Another EP before the end of the year, a few tours, and hopefully some other live video sessions!

If you liked what you heard on Alumine, make sure to check out the links below!