BELL THE BAND - A and B-side Debut + Interview

BELL THE BAND is an Americana Folk band who just debuted with an A and B-side before their upcoming EP release! 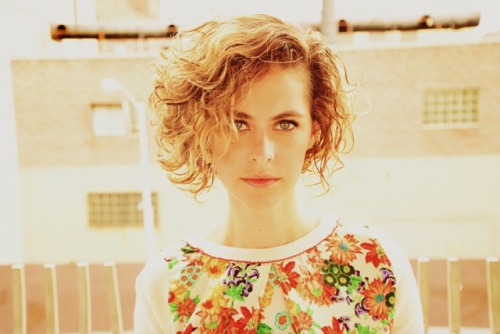 Folk/Singer-Songwriter Caitlin Bell, guitarist Harper James, bassist Gab Bowler, and drummer Jared Saltiel come together to create the right balance needed for an A and B-side debut. What both ‘My Little Town’ and ‘Isn’t That Life’ have accomplished is they satisfyingly built up the anticipation for BELL THE BAND’s upcoming EP. After listening, I’m sure you’ll be just as thrilled and curious to see what this 5-track EP is going to offer.

A-side ‘My Little Town’ features gorgeous instrumentals and great nostalgic storytelling. It’s fun to follow all of the different places, portrayed through imagery and emotion, of the town and envisioning what it’s like to be there. It instantly brought me back to feelings of visiting my hometown and all of the memories I have there. Frontwoman Caitlin’s vocals are welcoming while she exudes this friendly familiarity. ‘My Little Town’ is one of those songs that eases you into a comfortable and reminiscent state.

B-side ‘Isn’t That Life’ has a simplicity that is also complex, and a vibe which is highly contagious. The beat gives it this almost edgy element that I adore. With a melody that will get stuck in your head, and is so beautifully done, the repeat button will surely be put to good use. This track expresses the things that go wrong in life, or those moments when you’re frustrated because nothing seems to be going right… but “isn’t that life”? To me personally, this song emphasizes that life wouldn’t be life without those discouraging moments and they’ll make you appreciate the good times so much more. 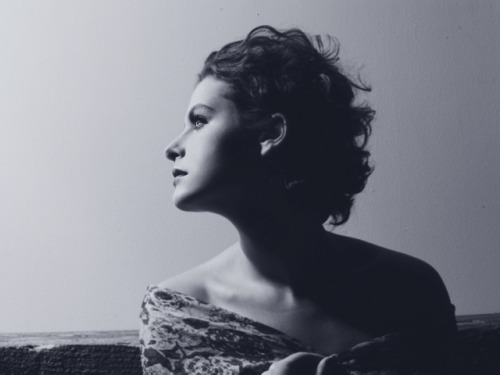 We were lucky enough to chat with the lovely Caitlin Bell about these two tracks, and BELL THE BAND’s upcoming EP. Read our interview below:

It’s immensely exciting that this is your first release of original music! How would you explain the overall recording experience? Was it as you expected?

Recording this collection of songs was something that the band had been looking forward to for a long time. It was a chance for us all to be in the same room, take our time, talk through artistic choices and create a sound that we feel is a genuine mark of who we are. We recorded the songs at Degraw Sound, where our guitarist, Harper James, works as an engineer. Being in Harper’s home-away-from-home was a very comfortable atmosphere for all of us. Additionally, we were lucky to have Gian Stone as our second engineer, who has been somewhat of a behind-the-scenes brother and mascot for BELL THE BAND since the beginning. Together, Harper, Jared Saltiel, our drummer, and myself worked to produce the songs, in between late-night drinks in Brooklyn, Thai food lunch breaks, and long phone conversations about drum sounds, backing vocals, and a plethora of other minute details that go into recording a record.

You’re the frontwoman of BELL THE BAND, so what’s it like to be making all of the major decisions? Do you feel like you have more of an opportunity to express yourself and that you are able to create music that truly means a lot to you?

Being a front person for this band is incredibly special to me. After college I was involved in solo projects that were formative years for strengthening my writing and performing. It was additionally an opportunity for me to study in-depth this folk tradition that I so admire. There came a time, however, where the solo effort was beginning to feel a bit lonely, and I wanted to explore what it might mean to flush out these songs that I had written alone in the basement of a home in the Blue Ridge Mountains. I took my time building a band, and when it came time for our first rehearsal, we just got together and played through the songs one by one. There was no pressure, it was just easy and fun. I like to give the guys the liberty to express themselves through these songs as much as possible, because they are all incredibly gifted, and I feel like their talents contribute to our sound as much as mine do. The songs that I write are all deeply personal to me, and all touch on experiences in my life that I otherwise am not easily able to talk about. For that reason, being a front woman can be quite scary, but the feeling of release, even if momentarily, seems worth it to me. 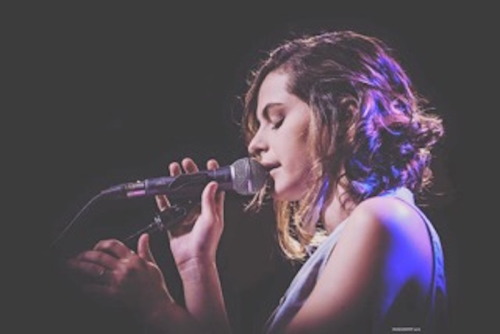 If you had to use three words to explain how you hope your music makes people feel, what would they be?

Why do you think ‘My Little Town’ and ‘Isn’t That Life’ are the perfect A and B-Side to debut yourself and BELL THE BAND with? What can people expect from your upcoming EP?

When I originally wrote “My Little Town” it was a slow ballad. I was listening (and still am) to a lot of Sybille Baier at the time, so it was in that sort of sombre and dark style. When I brought it into rehearsal with the guys we adjusted a few transitions and picked up the pace, and it became this nostalgic, driving tune that has now become my favorite song on the EP. It’s my personal favorite because I feel like it represents, in our rawest form, what our natural sound as a band is. It’s a true live music piece in the sense that this song will never be played the same way twice, but will always maintain the same emotional integrity. That’s what I love about this band the most, and that’s why I feel like this is our perfect “A-side”.

“Isn’t That Life” dives a bit more into BELL THE BAND’s “exploratory zone”. We wanted to play around with some pop and soul influences to see if we could push the boundaries of what Americana folk music could be, while still maintaining this sort of story-telling aspect that is present within the song. “Isn’t That Life” is also arguably the “darkest” song aesthetically on the EP, whereas “My Little Town” is much lighter, thus lending itself to our “B-side”. I loved the idea of these two songs as a pair, because I feel like that is a major component of what our band is; this play on light vs. dark, and what it means to combine the two.

The EP is five songs, all of which tell their own story but contribute to the overall collection of songs. I feel they are an excellent launching point for the band, and that we created a great opportunity for growth as we move forward into our next phase of writing and recording. To me the EP is hope and hopelessness, confusion and understanding, love and hate, togetherness and solitude.

This is just the beginning for BELL THE BAND, so please follow and check them out at the places below so you don’t miss out on anything that’s to come!