After lots of anticipation and eagerly awaiting its release, I couldn’t be more excited to talk about Oh, Weatherly’s brand new EP Long Nights and Heavy Hearts! 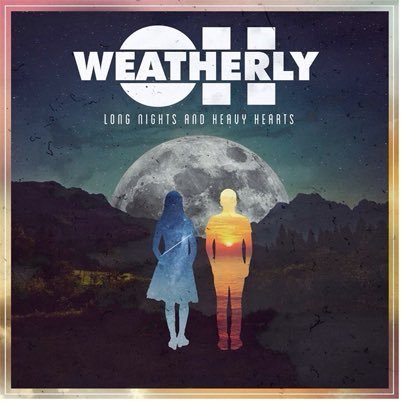 The incredibly talented Dallas, Texas based Alternative/Rock band, which consists of Blake Roses (Vocals), Dallas Martinez (Lead Guitar), Angel Bedoy (Rhythm Guitar), Jackson Bailey (Drums) and Beau Harris (Bass), has completely blown me away by what they have accomplished with Long Nights and Heavy Hearts. The EP is written radiantly, and there is a relatively seamless correspondence between lyrics, the ardent emotions expressed and felt through the vocals, and the wordless storytelling provided by the music of each track. There is so much to explore within Oh, Weatherly’s songs on this EP, and it’s one of those albums where you’ll learn and feel more with each listen.

In the first track, ‘One for the Rose’, there is an instantly recognizable beginning where, if the EP was put on shuffle, you’d immediately know which track it was. It’s the sounds of tuning through a radio and hearing all of the different stations that come up. Of course, it finally settles on Oh, Weatherly’s ‘One for the Rose’. This technique for an intro isn’t necessarily a new one; and in some cases it doesn’t seem to make sense in correlation with the message of the song, which ultimately causes it to not work too well. However, with ‘One for the Rose’, it set the stage and created an attention-grabbing intro that really accompanied the essence of the song. It is well written and I’ve been having fun trying to learn every word and sing along. The song is enticing and almost suspenseful – like watching a captivating movie. Maybe a little bit of a game of cat and mouse? Great opening track to Long Nights and Heavy Hearts. The music and the lyrics were perfectly in sync and worked hand-in-hand to ignite the intensity in ‘One for the Rose’. 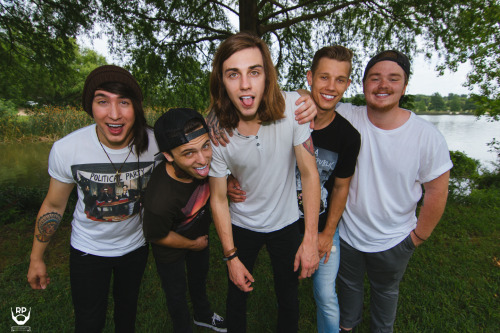 ‘Get It Right’ is definitely not as fast-paced and energetic as ‘One for the Rose’. What I found to be really impressive is how vibrantly you could feel elements of pain and disappointment in Blake Roses’ voice. Two of my favorite lines are “I hope you feel the weight of this song while you’re singing along” and “I’m a mess you created”. It is immensely relatable and if it’s something that you’ve gone through recently, it has potential to be a quite emotional listening experience. But it’s also highly reflective, which I think is crucial to surviving anything in life. I’m a fan of albums like this one where a little bit of everything is touched upon. Oh, Weatherly fulfilled that and then some.

‘Lost and Found’ is the first single off of Long Nights and Heavy Hearts. I recommend listening before watching the music video below. It’s important to create your own visuals and find your own meaning of the song before the concepts featured in the video influence your thoughts towards it. It’s essentially about losing someone and finding a way to cope with that. Even without listening to the message in the lyrics, you can understand what this song is saying. It’s like this plea for some kind of answer that you know you can’t and won’t get.  Lyrics such as in the chorus:

Do I have to let you go, Do I have to scream out loud, Until you hear the sound, Echo through your heartbeat

showcase how meaningful this song is. It also might be quite surprising that it doesn’t possess slower instrumentals as you’d assume would be the case for a song with a message like this. But, it’s perfect and exactly what was needed. ‘Lost and Found’ embodies an unspoken “I miss you” and going through that process until you’re finally able to move forward. One of the most impactful songs on the EP.

While listening to ‘Long Nights’, you’ll notice that there is this almost romantically haunting sound. It’s about getting closure; and a lot of people can attest to the reality of how much worse something like a breakup can be when you aren’t able to get that. A noteworthy line from the song for me was, “Hope has been keeping me company”. I feel a strong connection and relatability with ‘Long Nights’, making it potentially my favorite track on the EP. I might have cried, just saying. Long Nights and Heavy Hearts is brimming with lots of  passion and is very profound – not only through the vocals, but the music speaks to you as well.

‘A Story to Tell’ has a nice tempo, and features great guitar moments throughout. The title makes you assume it’ll be the cliché “everyone ends up happy” story… but it’s not. It’s a bit of expectations vs. reality. This song is an intriguing finish to the EP, and I found this subtle progression and personal journey as you listen to each track (especially in order). A lot of the songs are very prominent in the emotions of not being able to let go. Ending with ‘A Story to Tell’ is as if finally accepting and coming to the realization that it’s better to find a way to move on than to dwell on the heartache. 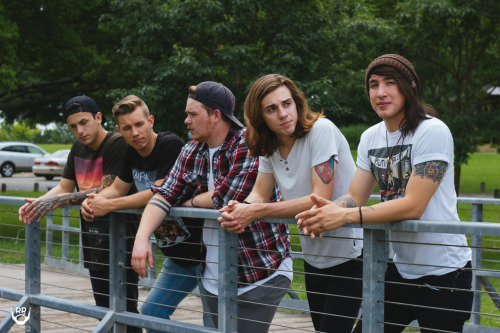 As I mentioned in the beginning of this review, I was stoked about this EP for quite some time prior to its release. I’m ecstatic that it is everything I hoped for and more. Oh, Weatherly has truly given us something special with Long Nights and Heavy Hearts. I know that, even though I’ve had it on repeat for over a week straight, it will continue to be an EP that completely impresses me.

Oh, Weatherly is currently booking tours starting this Fall going through 2017 (check out the MERCH link so you can rock an awesome Oh, Weatherly shirt at a show near you).  If you like what you hear on Long Nights and Heavy Hearts, you can stay updated on news from the band at the places below!