Tor Miller is a singer-songwriter from New York, and he just released his brand new album American English! 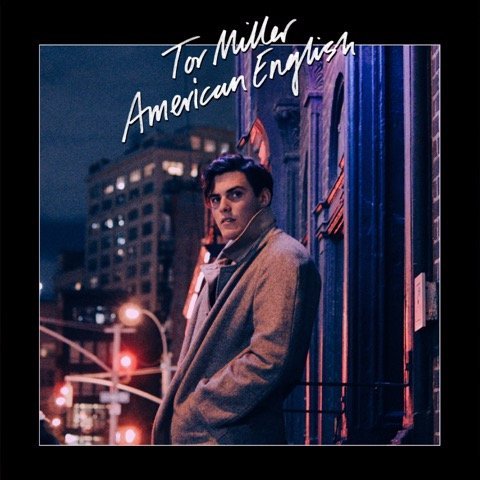 Following his debut EP Headlights (2015), the young and talented Tor Miller has released his full-length album American English, which exemplifies great story-telling, sultry vocals, Miller’s lyrical prowess, and music that will impact your soul – yeah, I went there.

American English is very much a full 13-track album, so this review is a narrowed down look at some of the singles released off of it, and my personal favorites. Incorporating old school vibes and inspirations, Miller’s voice elevates each word and provides you with a vibrant visual to where you feel like you are experiencing and watching the scene unfold firsthand. Every track on this album is utterly spectacular and contributes something to the entire piece as a whole.

The first track is ‘Surrender’, which features a strong attention-grabbing intro. The premise is the end of a relationship, and the idea of “no more playing love pretender”. This song’s vibe is that rush of freedom you get when you don’t feel tied to someone anymore. ‘Surrender’ is all about the little details, and Tor captured them eloquently. With an extremely catchy chorus that is definitely the earworm of American English, you can’t go wrong.  [side note: how cute are those dance moves in the ‘Surrender’ video??]

Next comes ‘Midnight’, and what you’ll notice straight off is the gorgeous piano moment. Miller’s vocals are filled with emotion and grit, which allows this song to be honest and reflective of real life. Perfectly descriptive while introducing a variety of local places throughout New York City, ‘Midnight’ talks about all of the different people you might see after midnight and the events that occur. I also enjoyed the quick “crust punks” nod to another song on the album titled, ‘Crust Punk Queen’. Anyone else catch that? Clever!

‘Carter & Cash’ begins unexpectedly, and the line “hit me with the speed of sound” describes it fittingly. This is one of the tracks on American English where you might find yourself dancing around your room like a crazy person while passionately singing along. Not that I’m speaking from experience…  Anyway, just watch the music video below! The way it’s shot accurately captures the essence of ‘Carter & Cash’.

The mood of ‘Rag N Bone’ is somber and there’s an almost haunting characteristic throughout that adds a great deal to this album. Miller’s vocals are the absolute star with a wonderfully smooth yet powerful piano accompaniment. Some of the notes he hits will leave you speechless, and you might feel a little emotional with this one. I’ll leave it open to your own interpretation, but I encourage you to really listen and take in the message of ‘Rag N Bone’.

From my first play through of American English, ‘Stampede’ has been my favorite, and it has successfully remained that way after many, many listens. All of the songs are fantastic, but ‘Stampede’ highly appeals to me lyrically, vocally, and instrumentally. There’s this depth within it that can’t be compared with. The second this track starts playing, my eyes close and I instantly become lost in it.  The overall simplicity combined with every word hitting you with so much strength and sorrow truly makes ‘Stampede’ the stunning track that it is.

It would have been effortlessly easy to sit here and write about all 13 tracks and never run out of praise to give. Tor Miller has created a piece of art with American English that will undoubtedly impact those who listen. His musical style, the way he articulates the story in each song, and that raw talent he possesses deserves recognition.

Follow Tor Miller at the places listed below so you don’t miss out on what’s to come!